Hi Bulldogs! This week's social justice topic is about the Arctic National Wildlife Refuge. The Arctic Refuge is a vast bio-diverse region that spans across more than 19.5 million acres of northern Alaska. It is home to over 270 species, such as polar bear and caribou, and sustains the Indigenous Gwich'in and Iñupiat people.

On January 6th, the Trump administration began auctioning off drilling rights in the refuge's coastal plain, 2 weeks before Biden becomes president. Temperatures in the Arctic are already rising at 2 times the rate of anywhere else on Earth. And oil and gas drilling just raise the temperatures even more, which puts animals and communities at risk. Not to mention, the destruction caused by the drilling would threaten the ways of life, food security, and the identity of the Indigenous people living on the sacred lands. Now there is still time to take action. You can sign letters to the current Administration to show your opposition to the oil drilling in the refuge.

Link to NPR news story about Arctic land being auctioned off. 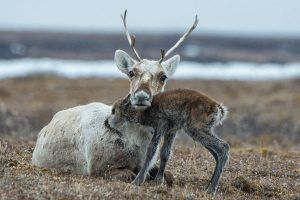